Regulations in recent years have sought to assist allergen-aware consumers by requiring changes in labeling to reflect individual ingredients and sourcing, but challenges remain in creating labeling clarity and providing relatable education that can facilitate a better understanding for consumers of what labels mean.

The commitment to understanding and protecting the food allergen consumer continues to be a priority for food manufacturers. The impact from a safety and purchasing standpoint is significant. 32 million Americans live with food allergies that impact their well-being and quality of life. Retail establishments, food companies are key players in building empathy and trust with the customer.

What is the Impact? 32 million people in the US have a food allergy… 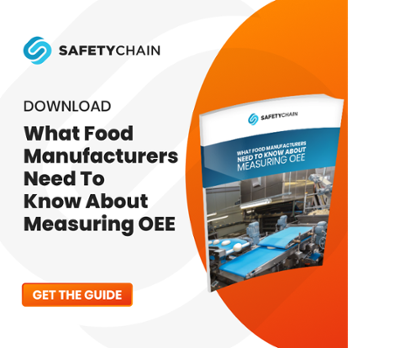 The Food and Drug Administration (FDA) estimates that five percent of babies and young children and two percent of adults live with food allergies in the US. Every year more than 30,000 people visit emergency rooms nationwide for treatment for exposure to a food allergen, and an average of 150 people die each year in the US alone. However, the Asthma and Allergy Foundation of America asserts that the number of people living with food allergies is much higher. As many as 32 million people in the US have a food allergy, including 5.6 million children. Milk is the most common allergen in children, and adults are most likely to suffer from a shellfish allergy. While manufacturers may view this as a small segment of the population, it is crucial to remember that people with food allergies live in family and friend networks that may also make food choices based on one individual’s allergies. Only one child in the family may have an egg allergy, but an entire family may stop purchasing and consuming foods with eggs as an ingredient as a result. Even foods where manufacturers list egg as a possible cross-contamination food may be avoided.

What Is an Allergen Declaration?

The FDA is responsible for the enforcement of the Food Allergen Labeling and Consumer Protection Act (FALCPA) in most packaged foods but does not oversee enforcement of foods like meat and egg products regulated by the US Department of Agriculture (USDA) or alcoholic beverages, drugs, cosmetics, and foods sold in retail establishments that are not prepackaged with a label. FALCPA requires that manufacturers label major food allergens specifically with the name of the allergen source. Manufacturers may provide the food allergen information on the label in one of two ways:

What Is the Most Recent FDA Labeling Update?

The Food Allergy Safety, Treatment, Education, and Research (FASTER) Act was signed into law in April 2021 and added sesame to the list of major allergens. Changes go into effect on January 1, 2023, and manufacturers are not required to list sesame until then. FARE backed the law in an effort to reduce the risk for the 1.5 million people in the US with a sesame allergy. But the FASTER Act has additional components beyond requiring manufacturers to label sesame in clear language on the label. In the latter half of 2022, the law requires the Secretary of Health and Human Services to deliver a report to Congress. The report should include key data that details the prevalence and severity of food allergies and how medical professionals diagnose, treat, and manage them. The report must also describe strategies for gathering more accurate data on the prevalence of food allergies.

What Should Your Allergen Ingredient Information Include?

Food and Drug Administration regulations require manufacturers to list ingredients on the package. FALCPA describes eight foods it considers to be major allergens, including:

As mentioned earlier, sesame has been added to the list of priority allergens, and compliance goes into effect in January of 2023.

How Do You Write an Allergen Declaration?

The Role of Precautionary Allergen Labeling (PAL) and Label Mistrust

Consumers can feel they are taking dangerous chances with their food choices. Risk-taking increases or decreases depending on the words or phrasing of the Precautionary Allergen Labeling (PAL). For example, consumers were more likely to avoid consuming a food product when the PAL began with the phrase, “Manufactured on the same equipment as products containing…,” versus the phrase “Manufactured in a facility that also processes….” By involving quality assurance and sanitation in the process from the beginning, from the conception of the idea for a product. Getting QA and labeling professionals involved right away to help guide the risk assessment approach for the food allergen community. The goal is to create clear messaging and labeling that helps people avoid foods that could cause adverse health outcomes or even death.

Getting sanitation involved at the outset helps identify and understand any sticking points in the processing line that could potentially allow the presence of an allergen. Meeting only one of the above guidelines is insufficient for using a PAL—all four guidelines must be met. Using PAL in this way acts as a last line of defense to protect the food allergen community. Keep in mind that precautionary allergen labeling (PAL) or “May contain” statements are not only not required by the FDA, they are also not recommended.

To a large extent, precautionary allergen labeling (PAL) is not regulated, although some jurisdictions may regulate some of the wording. However, many food allergic communities believe that PAL is regulated and is a mandatory part of the label. Some food industry professionals believe that using PAL can provide some legal protection, but precedent indicates it may not. Further adding to the confusion in the food allergy community are variations in verbiage. PALs are also known as “May contain” statements. Many perceive variations as indications of levels of risk. Finally, they may also believe that PAL indicates that those allergens listed in PAL are present at low levels consistently throughout the entire batch. Even though the messaging may not be clear, the anxiety around the potential risk is there.

FALCPA mandates that manufacturers make efforts to minimize cross-contamination. A product may not have any of the nine major allergens as an ingredient, but the risk of contamination is never totally zero. Despite the confusion and negative associations, using a PAL is within the law and at the manufacturer’s discretion. Some do not use them at all. The Food Safety Modernization Act (FSMA) provides guidance on handling unintended cross-contamination and has asserted several times that manufacturers should avoid using a PAL in place of good manufacturing practices (GMPs).

How Do You Declare Allergens in Packaging?

Some manufacturers decide that a line may be difficult or time-consuming to clean, and rather than clean it, instead opt to include a ‘trace amounts’ list, also known as “Pixie Dust” ingredients, on the product label. However, consumers in the allergen community are often skeptical and mistrust large swathes of food products. Adding a disclaimer or including “Pixie Dust” ingredients can feed the mistrust and make shopping for safe products even more of a challenge. While including “Pixie Dust” ingredients may appear to be a more cost-effective solution initially, it is crucial to have discussions about the broader effects spurred by mistrust and avoidance.

For many consumers, the food choices they make can be terrifying. With food allergens, there are no substitutes—the only way to reduce risk is to avoid the allergen altogether. When people obtain their food from outside the home, having trust in the labeling and production of the product is essential. The industry must better understand the bullying, lack of knowledge, and mistrust that shapes the lives and choices of people living with food allergies. By creating clear and accurate messaging, food industry professionals can build trust and create far safer outcomes for consumers.