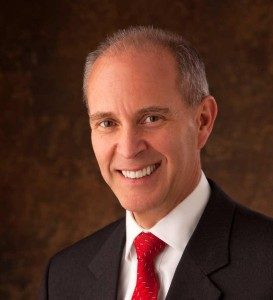 With the current focus on the activities of our new President and the U.S. Executive Branch taking the spotlight, it seems there is some Congressional activity taking place behind the scenes which could have significant impacts on the food industry.

While House Representative Mark Meadows was issuing a report recommending hundreds of “rules, regulations, and executive orders to examine, revoke, and issue,” the result of a Senatorial request to GAO to investigate the government’s food safety practices has resulted in a report advocating a "national strategy" for food safety, with a single agency as one of the options.

In this week’s newsletter, we take a look at the recommendations for revocation of rules related to food. Keep an eye on this space next week for our insights on GAO’s report on a national strategy to address fragmentation in federal oversight of food safety.

In his report, “First 100 Days: Rules, Regulations, and Executive Orders to Examine, Revoke, and Issue,” which provides a “primer of the state of Federal Regulations and what should be addressed by Congress in the First 100 Days of the New Administration,” Meadows includes a number of recommendations for the revocation of rules related to food – among which are two critical rules of FSMA and FDA’s recent food labeling revisions:

As you would expect, we have a number of concerns with this list.

To start with the basic foundation of Meadows’ report – he proposes the “regulatory rollback” as “both a wakeup call to Congress and a warning to the American people [that] we are seeing our Liberty being regulated away.” What is interesting in this, however, is that he states that the Congress is abdicating its “endowed power to legislate, tax, and spend,” allowing the Executive Branch to take over, yet the very rules he is citing for revocation were written to fulfill the Food Safety Modernization Act – developed in and mandated by Congress.

Additionally, he provides justification for legal revocation as being that these are rules that were issued after June 2016 or are guidance documents, proclamations, executive orders, or memoranda – none of which is applicable to the Preventive Controls or Intentional Adulteration rules.

But both of those are fairly minor points compared to the basic fact that the revocation recommendation of these two rules was made at all – not to mention that of the extension and clarification of the provisions of four rules.

There are so many concerns, I’m really not sure where to even start. But let's start with why FSMA was passed in the first place. Remember back to 2006-2009 when we had commodity-wide recalls and loss of sales. For example, peanut butter and spinach. At the time of FSMA there was bipartisan support as well as support from the food industry, consumers and the government. The reason being: to put in a basic standard for food safety that applies to all.

There are also a number of other concerns and I am guessing that many in the industry will have similar concerns, so I’ll just touch base on a few of the top ones, such as ... Not only are we so far down the road that all except small/very small businesses should be in compliance with the Preventive Controls rule, but it’s very interesting that he recommends that the PC rule for human food be dumped ... but not the PC rule for animal food! Are we saying that we, as a country, see the safety – and potentially the very lives – of our pets as more important than that of our children? If this is revoked, to what do we revert? Voluntary guidance compliance? HACCP? The Food, Drug, and Cosmetic Act of 1938? This alone indicates lack of understanding of FSMA and the rules contained in FSMA by House Representative Mark Meadows.

While the Intentional Adulteration (IA) rule may not be everything everyone would like it to be, it does ensure that all covered food facilities have a plan to protect our nation’s food from intentional adulteration – for which there was no regulation in the past, beyond that of the Bioterrorism Act of 2002. And ... I really have trouble understanding why we would need to dump the extension/clarification of the rules? Perhaps simply because it’s the only one that falls within the “since June 2016” allowance?

I also find it interesting that these the PC and IA rules were the two, and the only two of the seven rules of FSMA, that were selected for revocation. Not only are they the most expansive, but the preventive controls rule sets the foundation for every other rule of the Act.  But why not the produce rule – that rule is going to involve some of the most fundamental changes in the food industry. Whichever way you look at this there was no logic, and apparently little thought and understanding of the food industry, applied to this list.

The recommendation to pull the labeling laws, and even the trans fat ruling, also leave me a bit flummoxed. Why would we repeal rules that are intended to benefit the public, to enable consumers to better understand the food they choose to purchase and consume, and to reduce and eliminate the use of ingredients that have been scientifically proven to be associated with significant human health risk? One has to assume that this is either through lack of understanding or simply wanting to save money – at least with regard to labeling requirements.  With regard to trans fat, I suspect that most food companies have already moved beyond this and removed trans fat. For those that have not, it is more consumers looking for “clean food” that will drive future change than regulatory requirements.

Amidst all this, we do find some grain of fact with which we can agree, i.e., While we can’t say we’re on board with his entire statement about small companies (“These rules hurt hardworking Americans by rigging the system to benefit connected insiders, limiting the ability of small businesses to provide opportunities for people to flourish, driving higher costs and limiting options in the marketplace”), we can agree that the rules are likely to negatively impact some small businesses.

As a final thought, I hope that House Representative Mark Meadows and the Trump administration understand that the best way to manage food safety regulations is to leave them as they are, but devote resources to help food companies understand how to make safer food and encourage enforcement discretion as food companies get up to speed, which for sure will take a while.