Planning for Compliance: Learning the Differences Between a HACCP and Food Safety Plan

Posted on February 10, 2022 by Shamonique Schrick 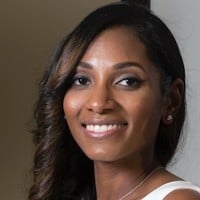 Frequently, manufacturers in the industry use the terms “food safety plan” (FSP) and “HACCP plan” interchangeably. However, there are critical differences between these two concepts. Although both terms can support a robust approach to food safety in food and beverage companies, understanding the nuances of each program is essential to identifying best practices for ensuring compliance. Let’s take a close look into each type of plan and what they entail, along with key differences between the two.

Hazard Analysis and Critical Control Points (HACCP) is a preventive management system that assists manufacturers in identifying and assessing risks and hazards associated with specific foods or production processes. According to the FDA, this management system is a tool for controlling identified hazards that are “reasonably likely to occur.” 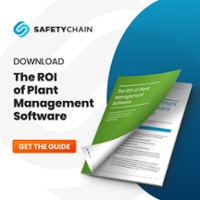 The FDA has mandated HACCP plans for the seafood and juice industries and provides voluntary guidelines and recommendations for dairy and retail and food services. While the government is involved and has produced mandates for specific sectors, HACCP remains largely an industry-driven process, as well as an alternative option that manufacturers can use in place of traditional, reactive government programs. Finally, the USDA’s Food Safety and Inspection Service (FSIS) can pre-approve HACCP plans, but the FDA does not pre-approve. As the FDA urges other food-related industries to adopt HACCP plans, many industries and regions are voluntarily adopting HACCP principles ahead of mandates.

How Did HACCP Plans Start?

According to the Canadian Institute of Food Safety, HACCP plans have origins that are literally out of this world. When astronauts first went to the moon in the 1960s, NASA needed a way to ensure their safety against foodborne illnesses in a totally new environment—outer space. Because they were in cramped quarters—just 73 cubic feet—and there were no bathrooms aboard their spacecraft, cleanliness was critical. NASA collaborated with food safety specialists from Pillsbury to establish parameters now known as HACCP. Today, HACCP plans lay the foundations for safe production, preparation, packaging, and distribution of food all across the globe and at all levels of the supply chain.

What Is a HACCP Plan?

A HACCP plan creates a flexible monitoring system that manufacturers can tailor to their individual process or product. While these plans are dynamic, they must also address the seven HACCP principles. Because the plans are flexible by nature, manufacturers assign each product or process its own HACCP plan. There are some generic plans under development by industry groups and the government. One beneficial side effect of HACCP plan implementation is that many manufacturers have noted improvement in the affected product’s overall quality.

What Are the 7 Stages of HACCP?

According to the FDA, there are seven core principles of HACCP.

To satisfy this requirement, companies must list the detailed steps involved in their processes in their entirety and identify the steps in which significant hazards are likely to occur. From this foundation, the focus should be on preventing, eliminating, or controlling the identified hazards through an effective HACCP plan. Companies should describe in detail the decision to include or exclude specific hazards from the plan with justification for each within the plan.

Critical control points (CCPs) are the steps or procedures manufacturers can implement to control a food safety hazard. Examples of CCPs in food processing include:

HACCP teams should use a CCP decision tree to identify CCPs.

Critical limits (CLs) are the minimum or maximum values to which a manufacturer must control chemical, biological, or physical measures to eliminate or reduce a hazard. CLs are often expressed as metrics such as temperature, time, weight, or other parameters controlled by regulatory standards.

HACCP teams should establish and adopt monitoring procedures to measure CLs at each CCP in their process. When compiling a HACCP plan, manufacturers should describe how they will take the measurement, when, and by whom.

Corrective actions rectify and prevent hazards when a deviation in CLs occurs. These actions should include the identification of the problem itself as well as detailed, actionable steps for preventing it in the future.

Recordkeeping is a crucial pillar of any sound HACCP plan. Not only do records detail all the information about the plan for personnel to reference, but they can also serve as proof of safely made food. Documentation should include the plant’s hazard analysis, CCPs, CLs, monitoring system, corrective actions, recordkeeping procedures, and verification activities. Because HACCP plans focus so intensely on the details, it’s easy to see how challenging manual documentation can be.

Why Are HACCP Plans So Important?

HACCP plans are valuable to food and beverage companies because they proactively prioritize the control of potential hazards, reducing the possible harm those hazards could cause consumers. Contaminant-related hazards are classes as:

Food and beverage companies can better promote public health and safety by addressing these risks before finished products are ever introduced to consumers.

Which Major Food Hazards Does HACCP Protect Against?

While consumers remain concerned about chemical residue from contaminants such as pesticides and antibiotics, the HACCP Alliance notes that the real concerns are microbiological hazards. Some of the most common include:

How Do I Create a HACCP Plan?

The FDA does offer guidelines and examples for how to construct a HACCP plan. Many states, municipalities, and institutions such as Maine, New York City, and Cornell University have templates available for access online. But as one might imagine, managing such a significant volume of records for HACCP—in addition to other programs—can become overwhelming for facilities, especially with a HACCP plan for each individual product. For this reason, many organizations leverage automated HACCP plan software to organize and manage compliance requirements in one convenient system.

What Is a Food Safety Plan?

The FDA does not require HACCP plans for all food groups. However, companies that fall under the Food Safety Modernization Act (FSMA) must now have a written FSP to satisfy the Human Food Rule. FSPs take a preventive controls approach to control hazards and encompass HACCP principles.

According to the FDA, an FSP “consists of the primary documents in a preventive controls food safety system that provides a systematic approach to the identification of food safety hazards that must be controlled to prevent or minimize the likelihood of foodborne illness or injury. It contains a collection of written documents that describe activities that ensure the safety of food during manufacturing, processing, packing, and holding.”

What Should Be in a Food Safety Plan?

Manufacturers constructing an FSP should include the following documents:

The FDA also requires the following actions for FSPs:

Why Are Food Safety Plans Important?

Like HACCP plans, FSPs play an important role in controlling risks in food and beverage manufacturing. Food safety plans are critical for:

To aid companies in the creation of FSPs, the FDA offers a Food Safety Plan Builder online. The use of this tool is optional and does not guarantee compliance with FDA requirements. Nonetheless, it can be a valuable guide for creating or refining FSPs, as it takes users through the following fundamental principles:

While there is a significant overlap between food safety plans and HACCP plans, there are also several key differences.

What Are the Differences Between a HACCP Plan & a Food Safety Plan?

While HACCP plans only identify CCPs for processes, FSPs call for process CCPs as well as controls at points other than those determined critical.

Organizations must maintain records for process controls in HACCP plans, but with FSPs, they should keep records for all preventive controls, not just processes.

While critical limits are required for CCPs in HACCP plans, with FSPs, the defined parameters may not be necessary for preventive controls not related to processes.

HACCP plans do not require monitoring, but FSPs do. Specifically, FSPs mandate monitoring after identifying any hazard requiring preventive control.

HACCP systems for juice, meat, and poultry require validation of the entire plan, whereas FSPs call for validation activities such as collecting evidence that specific controls effectively mitigate the hazards.

While HACCP does not mandate a recall plan, FSPs require a recall plan for each product that carries a hazard that requires preventive control.

The differences between food safety plans and HACCP plans may appear subtle, but nuances do exist, and it is essential to identify and plan for them. Understanding the distinguishing factors among the two plans will ensure your company complies with all applicable requirements.

What Is Food Safety Software?

Quality management software (QMS) can be the difference-maker between inconsistent HACCP implementation and industry-leading compliance. HACCP plans and FSPs are heavily reliant on extensive, detailed documentation. Creating these plans manually and monitoring required processes can quickly become cumbersome. Quality management software captures safety and quality data in real-time and makes it immediately accessible to operators and management. Implementing a robust software platform creates more efficient processes and ensures employees can focus on value-added tasks rather than stagnating in manual documentation.

Software platforms like SafetyChain offer an array of tools that help manufacturers remain competitive and well-positioned to drive quality. Facilities can compile detailed, compliant reports with key features such as:

Whether your company must adopt an FSP, HACCP plan, or both, compliance with these programs calls for extensive preparation and ongoing due diligence. For more in-depth guidance on establishing and maintaining robust food safety protocols, download our free guide, Balancing Compliance, Risk, and Performance: How to Optimize Your Food Safety and Quality Systems.