How HyLife Drives Success Through SafetyChain

Posted on January 17, 2021 by SafetyChain Software 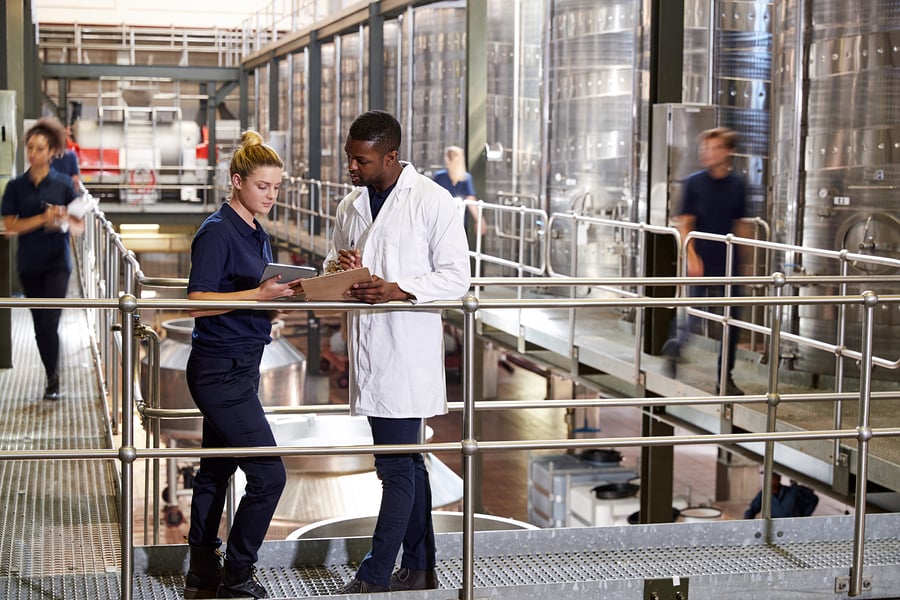 Paper-based systems continue to be a challenge for many food manufacturers and processors. Yet, the transition to automated record-keeping is often put off, as the task can seem daunting at best. While the timing for a technology implementation may never seem perfect, however, it turns out that this undertaking is well worth the effort. It will lift the burdens of a paper-based system, including tedious tasks, wasted time, and missing or incomplete documents.
Such was the case for HyLife™, a leading pork producer in Canada. Discover how the company solved their paper-related challenges with SafetyChain’s efficiency-driving FSQA solution below.
The Company:
HyLife is an international farm-to-fork pork producer and has plants in both Canada and Mexico. As Canada’s largest pork producer, the company processes two million hogs per year. With the majority of their products being exported, they currently export to 20 countries, and they continue to grow consistently. HyLife products are well-known throughout the industry for their world-class quality and superior shelf life.

The Problem:
The team at HyLife recognized a few key challenges which led them towards their pursuit of FSQA technology, including:
• a facility expansion project which called for better use of space – not taking up precious real estate with more paper files;
• tedious, time-consuming paper-based workflows, including multiple touch-points for documents and considerable “paper-pushing;” and,
• a need for more efficient audit preparedness, including the prevention of missing or incomplete paperwork.
In short, HyLife’s main objective was to digitize the data collection process. Yet, while they set out initially to solve their paper problem, they ultimately found that technology was able to address far more inefficiencies than they had originally thought it would.

The Solution:
After carefully weighing the pros and cons of building their own solution versus purchasing a configurable FSQA system, the HyLife team ultimately chose SafetyChain. Their decision came after extensive consideration, which included shadowing various members of departments, mapping out deliverables and milestones, and exploring the various solutions available to meet their precise needs.

The Pay-Off:
With a thoughtful approach which included questioning existing processes, HyLife was able to implement SafetyChain in a way that surpassed simply going paperless, but actually improved efficiency and streamlined processes.
First, they’ve been able to eliminate the bulk of their paperwork and have thus been able to reassign “paper pushers” to new, higher-value roles. They can also sign off on up to 200 documents per day with just a single person. With instant data collection, the need for re-keying has been eliminated.
Beyond alleviating the paperwork burden, however, SafetyChain has also enabled HyLife to reduce their response time to food safety issues, thanks to real-time visibility into FSQA data. This significantly reduces rework, as problems are caught in minutes or hours instead of days later.
The company has also realized extended benefits through the system’s simplified data collection. All data is now searchable and easy to analyze through their data warehouse. They have their own graphs and trends with drill-down capabilities, which allows them to filter and analyze data efficiently. Through these troubleshooting capabilities, HyLife has been able to perform root cause analysis for persistent challenges which previously seemed unsolvable.

HyLife employees have also discovered that electronic forms gather far more information than paper-based systems did, as they allow them to ask more questions, add validations and calculations based on inputs, and receive alerts if forms aren’t completed when scheduled. Because SafetyChain can also automate notifications, products can be pulled swiftly as needed, minimizing re-work and further promoting cost savings.
The company processes roughly 14,000 records per month, and their team estimates that the savings of going paperless equate at least $1 per record on the conservative side. With the added benefits of higher yield, reduced re-work, improved on-time starts and shipments, and eliminated expedited shipping costs, it’s clear that the savings extend well beyond the elimination of paper documents alone.

Keys to Success:
HyLife’s implementation of SafetyChain was a tremendous success, but much of that success is owed to the work and dedication on their part which began before the project even started. The company’s applications manager worked behind the scenes to enlist champions who would support the project, challenged existing processes to streamline workflows wherever possible, and standardized SOPs, data, and terminology upfront. She also worked closely with teams on the floor to understand their actual needs.

Additionally, the HyLife team made it clear that a primary goal was to make automatic updates visible across the floor via VMS screens, thereby enabling operators to catch errors early. Now, should a noncompliance occur, employees can promptly address the issue, often without having to shut the line down. Moreover, the issue can be caught early enough so that the product isn’t being touched multiple times, which minimizes the risk of cross-contamination. Even if the line ultimately does need to be shut down, repairs can be made swiftly to minimize further damage.
This thoughtful preparedness, coupled with the powerful capabilities of SafetyChain, led HyLife to enjoy a new system in which paperwork no longer drains the company’s resources, and enhanced visibility enables employees to fulfill their roles and meet food safety and quality outcomes more efficiently.